Finding myself in my exclusive company for the final night in Toronto, I felt a last look around downtown snapping away beneath the glow of big city lights to a decent playlist was about the right way to end this trip…

CN Tower: Thanks to the thoroughly smudged glass of the observation deck, I only managed this one half-decent shot from 1,122 feet up…

This next photo isn’t a gem but has a little story behind it: Just another example of this city’s refreshingly friendly attitude… Firstly, as i was casually passing the entrance of a fairly plush hotel, the doorman pointed to the tower’s reflection and suggested it might be a good shot, agreeing i duly took the photo. As i did so an older couple walking by noticed and took interest. They simply asked to see my photos and responded with genuine compliments, then off they went into the night. It was a brief and simple moment, but truly up-lifting… almost resurges a little hope. 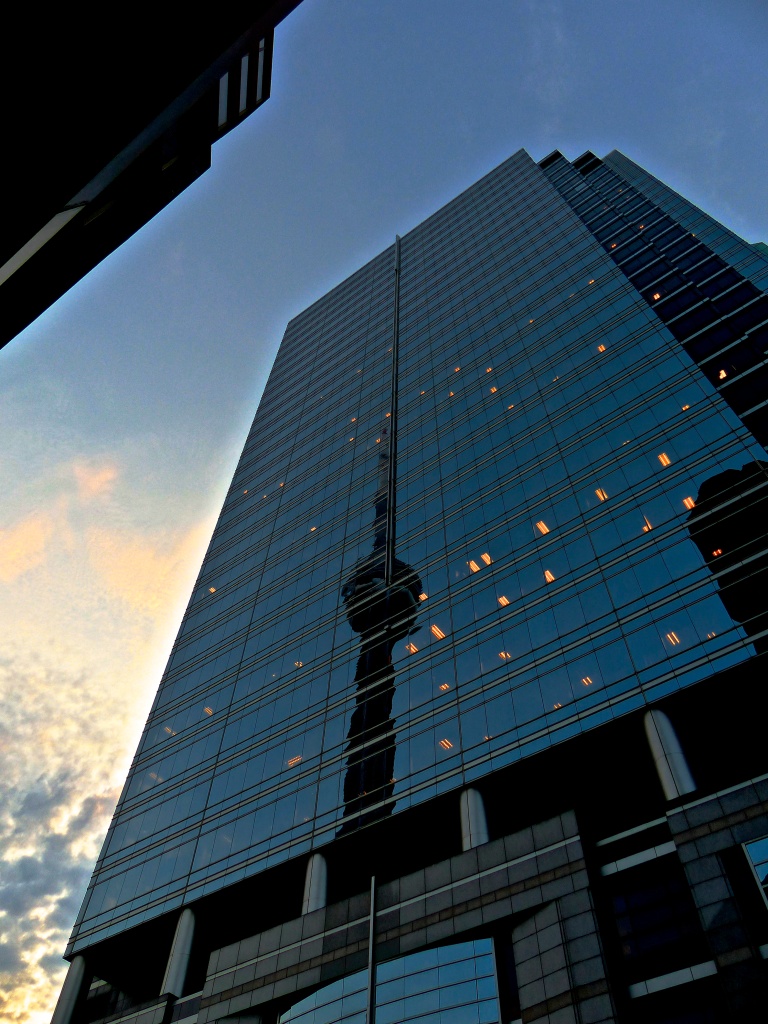 This photo also brought about interaction with the public; a man checking that i was trying to capture the moon with the CN Tower… of course i was! (though perhaps i should have got a better result) 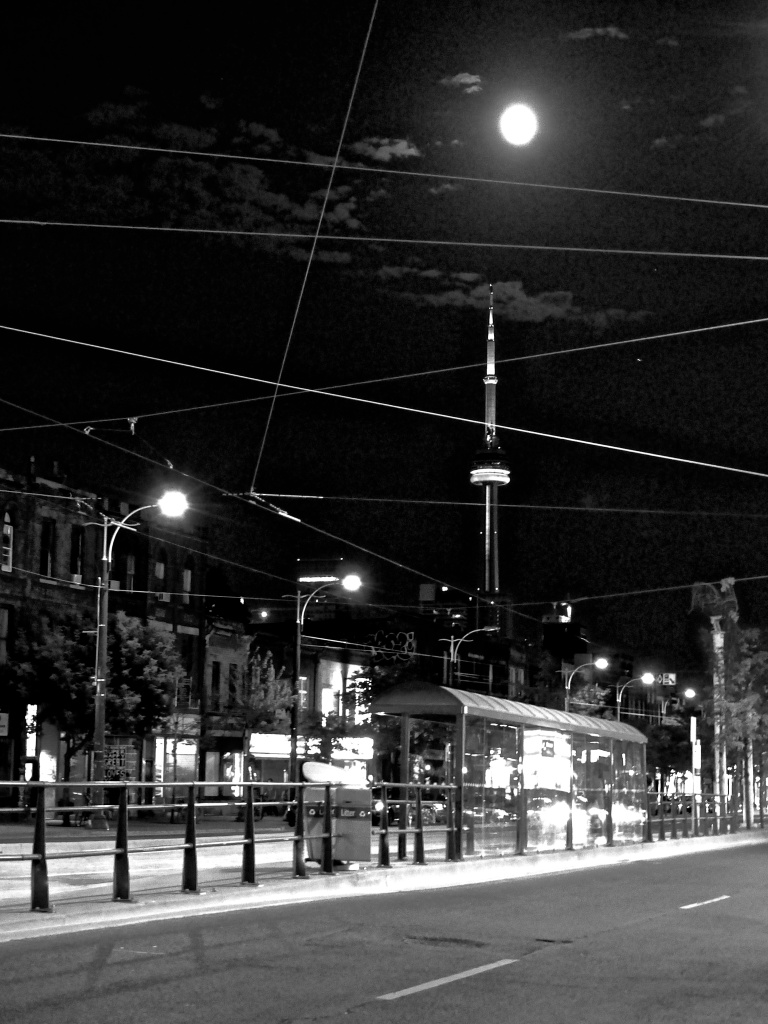 And so… this is where i end up again, at my usual late-night cafe, providing me with comfy booths and cheap, average coffee. It’s been perfect for evening blog activity. Cliches are cliches for a reason… sometimes. 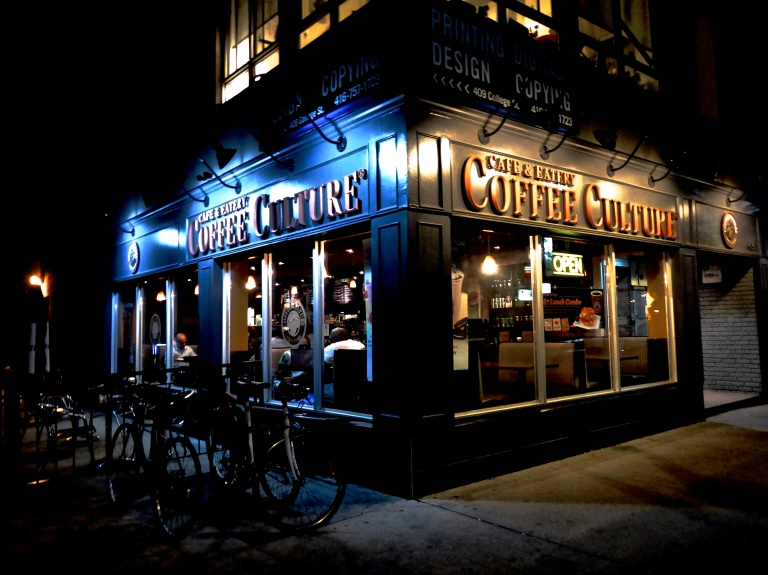 Til the next trip… In about 36 hours from now.